On Saturday 16th June a team of Greyhound Trust Head Office staff took on the GoSport Charity pursuit, to raise money for their new National Greyhound Centre which will be opening in 2019. The new centre will be a world first, offering a unique environment for the homing and rehabilitation of retired racing greyhounds from around the UK. 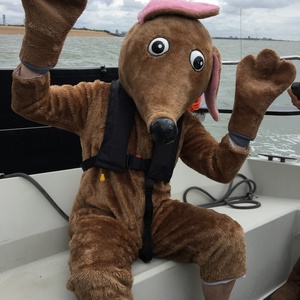 Their team was skippered by Andrew Tomkins and CEO Lisa Morris-Tomkins, who were joined by sailing novices Communications Manager Graeme Marsh and Fundraising Officer Emma Cross. After overcoming an early engine failure the team set sail, with their trusty mascot Homer at the helm. They were soon to face winds of up to 30 knots, and waves over a metre high, and most of the team were a very Greyhound Trust shade of green by the time we cleared the Isle of Wight and were exposed to full force of the channel.

After a very long and rocky six hours the Greyhound Trust team came a firm last in the pursuit itself, 17th from 17 boats, but then we weren't there to win, we were there to raise money, and in that respect we finished a lot stronger.

With the help of our amazing supporters the Greyhound Trust received over £2,600 in donations, winning the event prize for fundraising and raising more than any other team. Having donated in an incredible £1,500 between them, a special thank you is in order for ACD Projects, Betfred & IntraLAN Group Ltd. The money raised will go directly on the construction of the kennel block at the new site, where 30 state of the art homing kennels will house 60 greyhounds once the project is complete, thus ensuring even more retired racing greyhounds find the loving homes they so deserve after racing.

With some of the competition on the day being crewed by professional sailing teams and on state of the art race boats, our team weren't exactly expecting to romp home in first. But while we might have finished last in the pursuit (and definitely suffered badly from the choppy conditions), the greyhounds were the true winners on the day.  So from everyone at the Greyhound Trust, human and hound, Thank You! 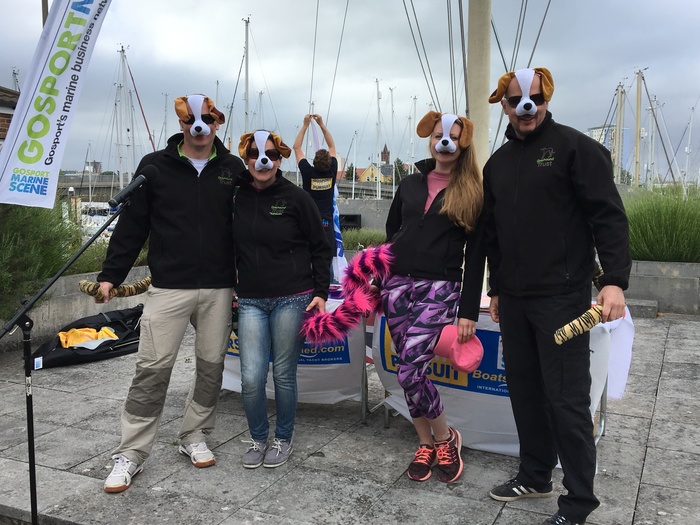